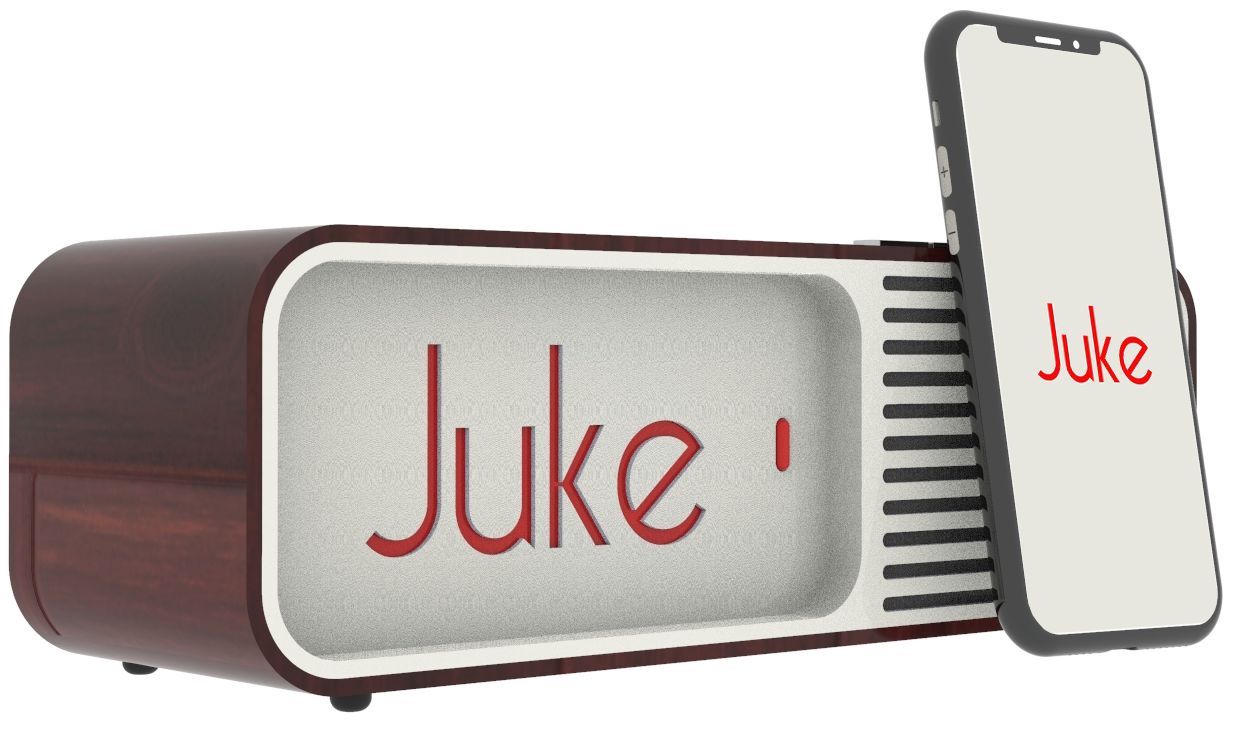 How might we develop a personal device or space where one can reduce their cognitive load and mental strain caused by their device, resutling in a level of focus while working or studying.

Site Locations such as Maulding residents hall, West Village, and the Georgia Tech Library were selected for their high student traffic and ease of access on campus. Student’s behavior and environment were then observed for an 1 hour. Takeaways that we had deemed important are:

• Though participants use their electronic devices for work and studying, they easily appear to be distracted by notifications
‍
• Participants take frequent or timely breaks to “freshen their mind”
‍
• Participants appear to prefer to study in group of locations that are slightly higher energy than their normal rooms
‍
•Particiapnts have access to a wide variety of electronic devices which they use occassionally to study or ditract themselves

Questions were formed from our observations, and focused heavily on participants their habits when interacting with their electronics on a regular basis as well as in a study environment. We also fixated on problems that may occur while studying along with tools that were used as quick fixes.

While most participants believed that they can handle multiple tasks at once, we noticed that students had difficulty keeping trakck of time and lose interest with the subjects they are studying.

“My one suggestion would be to work in break times. Typical pomodoro is work 25 mins, break for 5, work again, etc. ”

"At first, I didn’t know that it was that easy to fool the app,but after tad a bit of time,I realized that it was pretty easy to open youtube while my tree was growing and still ensure that my forest is lush and green. It’s lame."

“Worked well until it started blocking notifications on it’s own for apps I don’t want blocked. I’ll choose which notifications to block please!”

“The only thing I would like to see is a bit more customization. Music apps could easily have album art and info available while using navigation with so much screen real estate but it’s currently limited to just the default layout.” 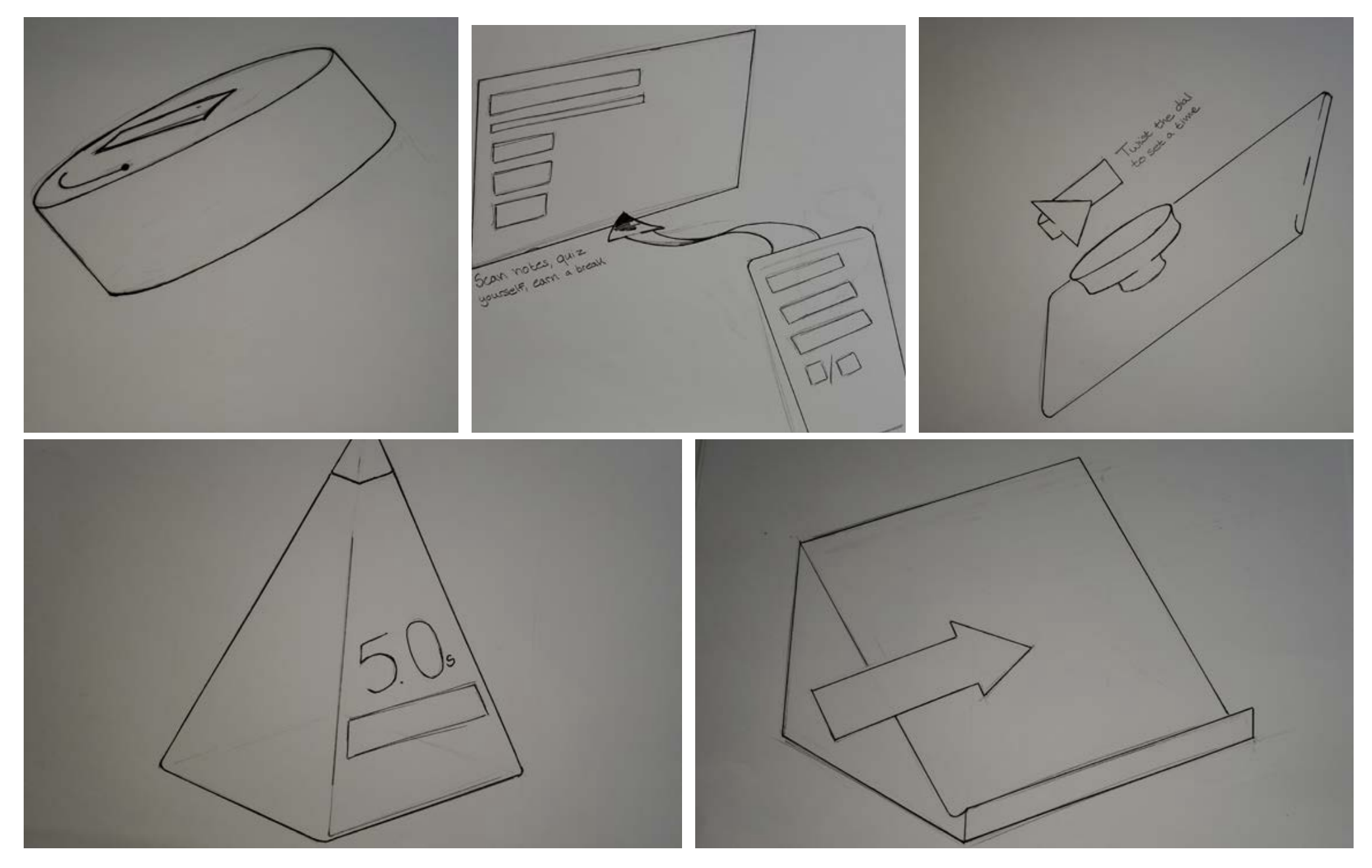 We took a step futher with pyramid and the slide design.

At this point in the conceptual phase we were tasked in obtaining feedback from 5 members of our studio. After peer reviewing, we decided to pursue the Slide design.​

The Slide in lock style device changed to reflect a vintage radio, the phone would slide into the slot and connect with the product. Once the phone is connected, the application would limit notifications as well as the usage of set applications.

We were tasked with conducting 5 user tests on both our physical and digital products, these were done through usertesting.com and Hangout calls. 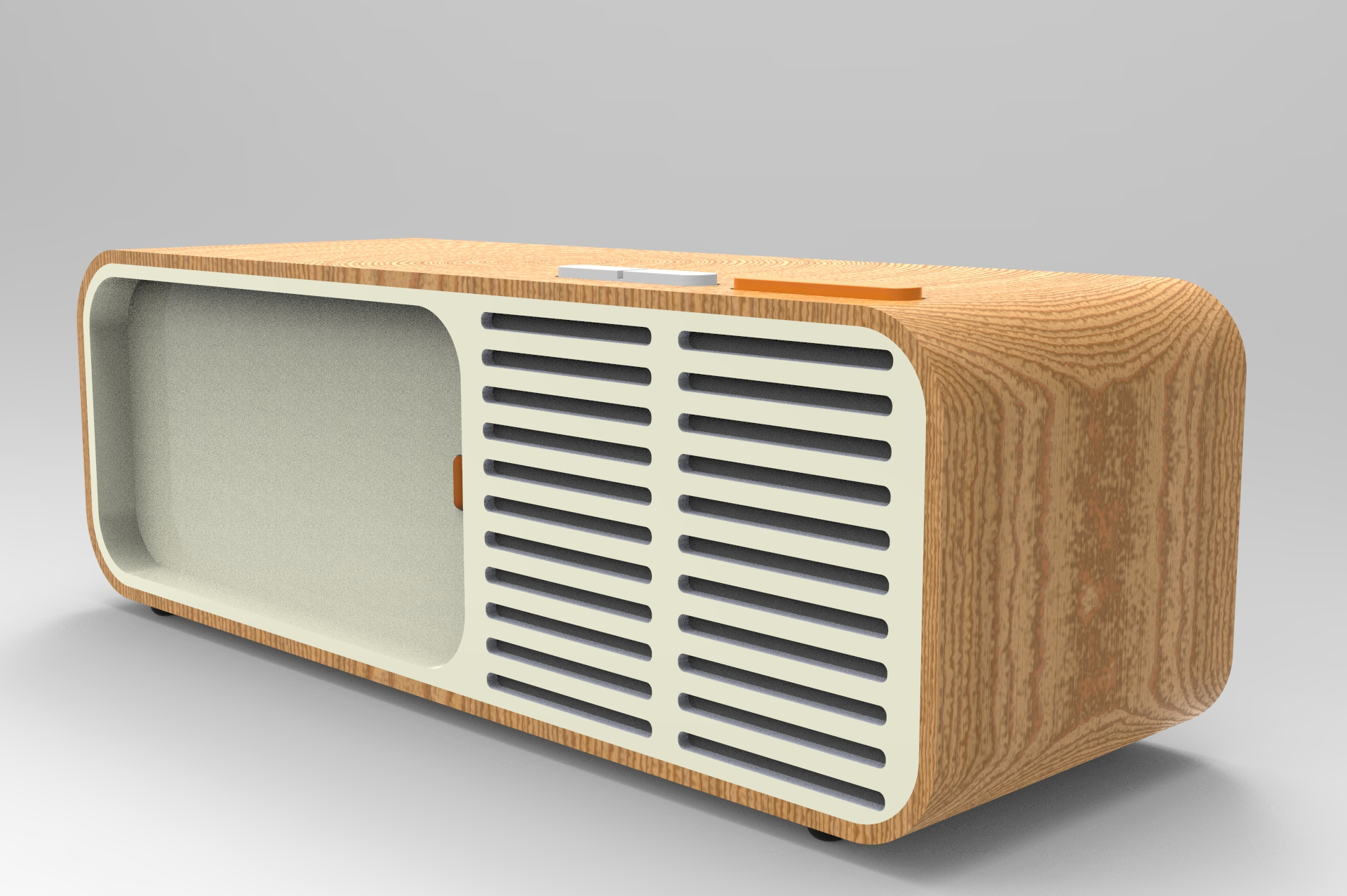 We've got following comments from participants about physical device design:
‍
“I am nt paorticularly liking the wood that is being used here and I would expect to see something less vivid but would still have a lovely relfection.”

​ “Since it is a radio like device I would have Alexa like controls, where I can talk to it.”​

“What If the tools orientation was vertical instead of horizontal?”

​“The orange does not set itself apart from the woood very well, Is that for power?”

Participants found that accepting an incoming call and going back to the home page was seen as tedious. The task that required participants to add a new contact was was considered the most difficult and was not successfully completeled.

Based on the user testing, we redesign the color palette of the product. We also optimize the user flow of the interface. 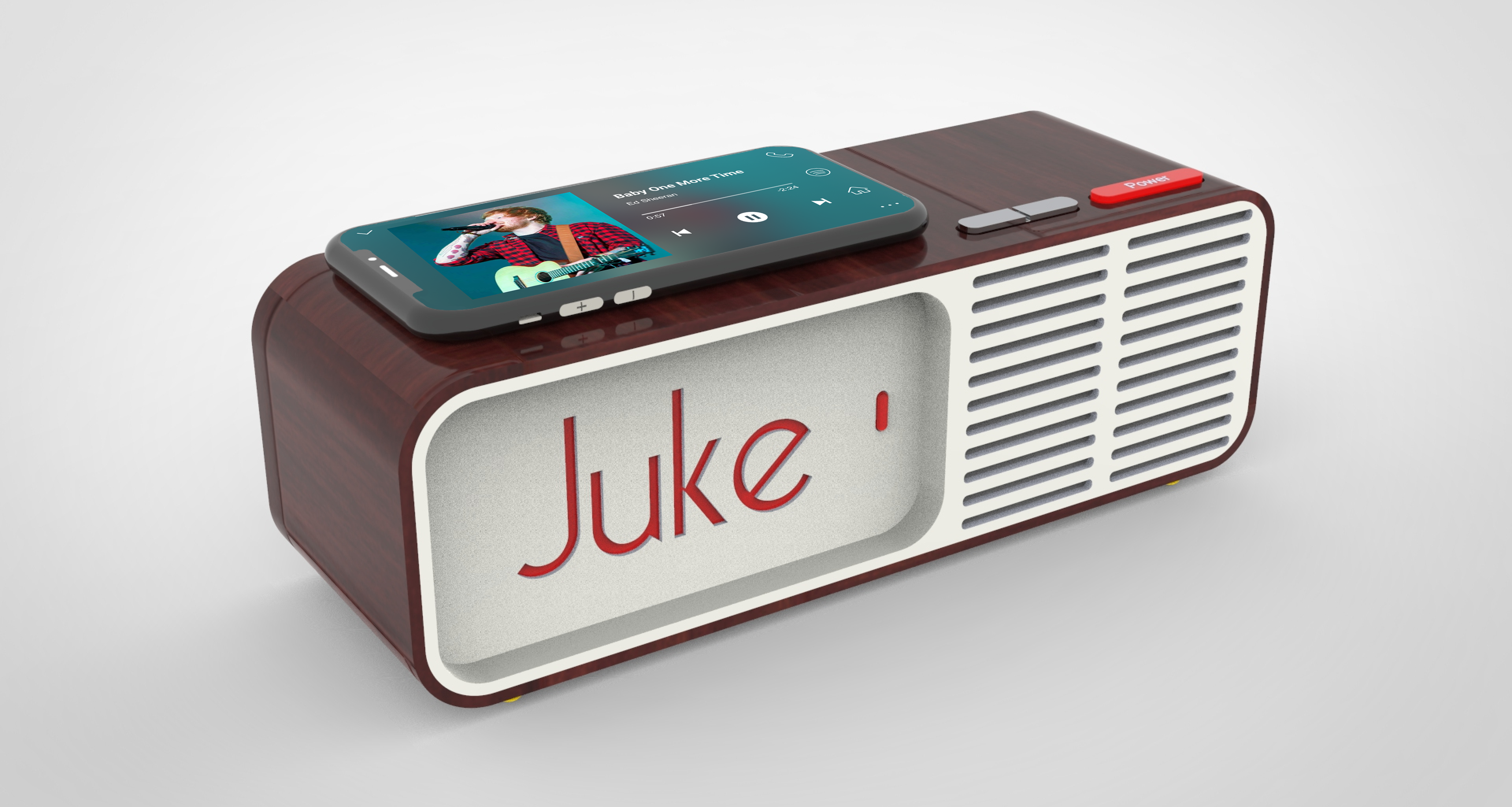 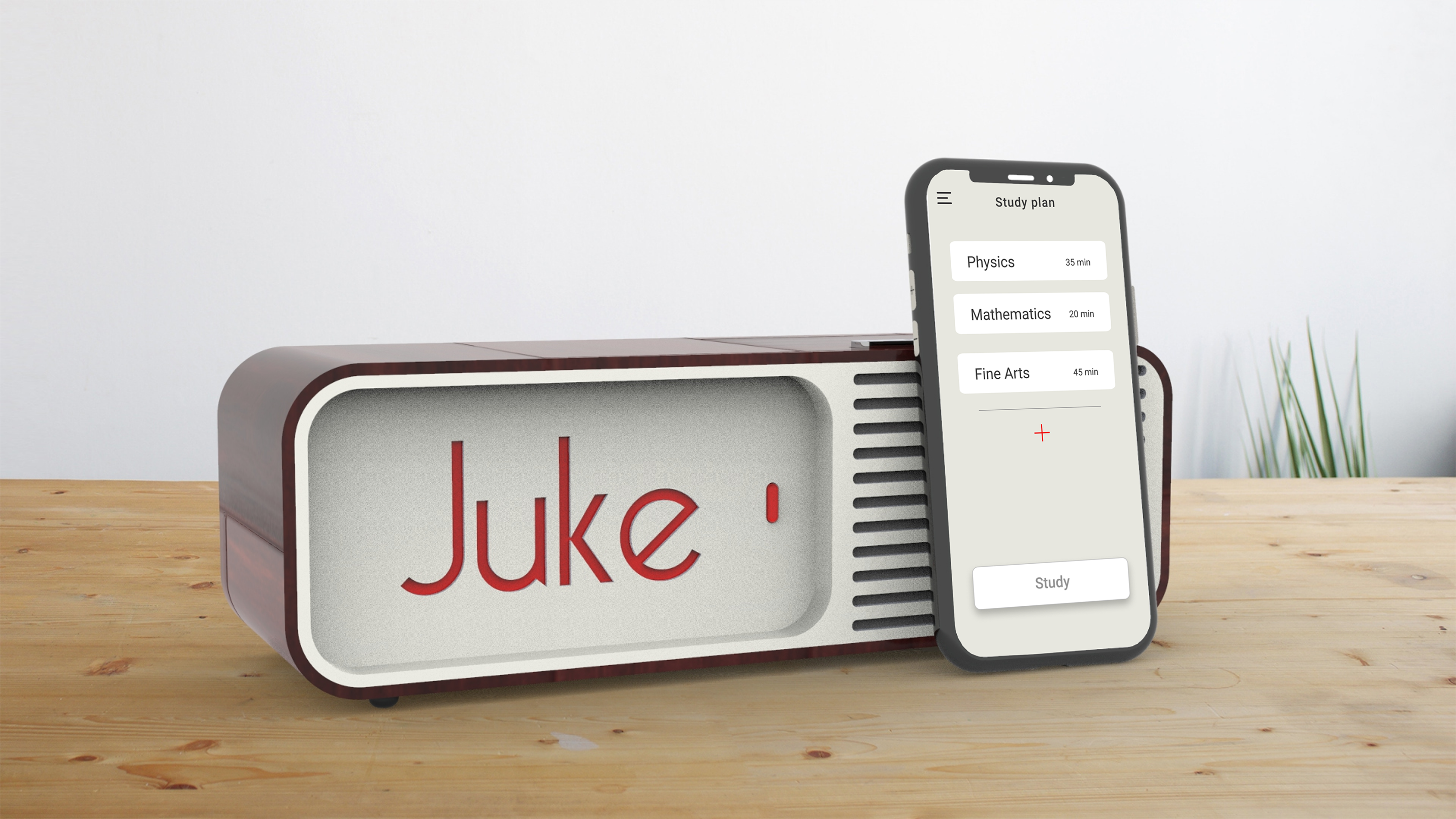